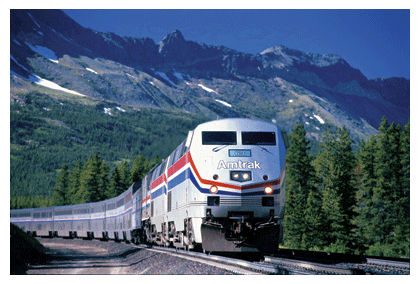 Many travelers have sought refuge from increasing gas prices in public transit, particularly trains. Unfortunately, House Republicans are attempting to cut spending on “Amtrak operations in 2012 from the current level of $563 million to $227 million.” On top of that, they are working to “strip federal funding from short routes, which make up almost half of all Amtrak ridership.”

This isn’t the first time Republicans have set their eyes on our railways, “under President George W. Bush, GOP lawmakers tried to wipe out Amtrak’s operating subsidy and allow private operators to skim its profitable routes.” Amtrak has seen a dramatic rise in ridership since the recession hit the US. Many citizens rely on public transportation as a means of travel to and from work. Recently, Amtrack has hit its “sixth year of record ridership and expects to carry more than 30 million passengers this year.” These proposed cuts will likely be felt most by Working Class Americans.

Sen. Frank Lautenburg points out that last year the Federal Government “spent more than $40 billion on highways — more than it has spent on Amtrak in its 40-year history.”

Obama’s recently proposed Job Bill “would provide spending to update passenger rail systems. The bill would grant $4 billion to design and build a new high-speed railway. Another $2 billion would be allocated for repairs and upgrades.”

The best hope for working-class Americans is for Congress to grant subsidies to our National Rail System.