Our second installment of our monthly Pets on Wheels series features quite the diverse cast! Opossums, Chimps, and turtles show us how to ride with style! If you need some inspiration to get you from making the switch to environmentally friendly vehicles, whether it is for your health or the health of the environment, look no further! If our furry and feathered friends can do it, so can you!

1. Ratatouille the Snowboarding Opossum:
For those of you who have always wanted to give extreme sports a try like, skateboarding, mountain biking or snowboarding, you should take notice of an awesome opossum named Ratatouille. Ratatouille has been called “the world’s greatest snowboarding opossum.” True, this is probably because he is the only snowboarding opossum, but we think he’s quite the athlete! Ratatouille rides his snowboard at Liberty Ski Resort in Emmitsburg, Pennsylvania, where he boasts his own 2011-to-2012 ski pass registered under his name, Ratatouille Bowers. 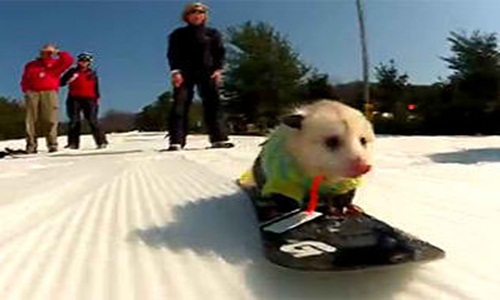 2. Ricochet the Surfing Golden Retriever:
Ricochet, is a golden retriever who can hang ten with the best of them! Let this surfing doggy inspire you to take up a board and catch some waves. Ricochet is a very special canine, she uses her awesome surfing talents to raise awareness of both human and animal arthritis, she also “provides financial and emotional support to special-needs and disabled children.” Be sure to watch Ricochet in action in the video featured below. 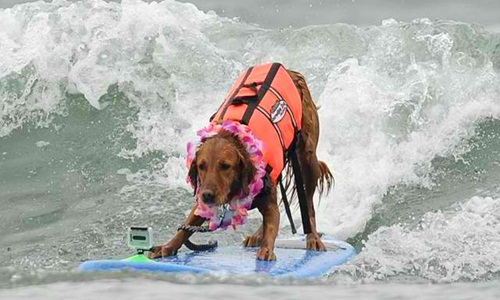 3. Ruger the Scooter-Riding Dog and Lynxie the Cat:
Dogs and cats are supposed to be mortal enemies, but Lynxie the cat and Ruger Australian Cattle Dog are best riding buddies! Watch Ruger take Lynxie for a ride on their Kick Scooter! If a dog and a cat can get together and get riding, imagine what you can do? Be sure to check out their Facebook page: Fun with Pup and Jane. 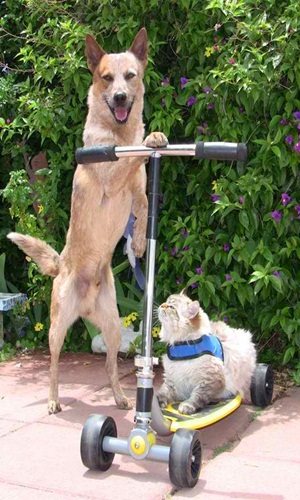 4. Pan-Kun the Segway riding Chimp:
In 2008 a video clip of a Japanese game show was posted on Youtube, and it went viral seemingly overnight. The video clip was from a show called “Shimura Zoo,” and it featured a little Chimpanzee named Pan-Kun learning to ride a Segway for his 7th birthday. The clip proved so popular, that it inspired many tributes like Parry Gripp’s Chimpanzee riding on a Segway (featured below), and Chimpanzee riding on a Go-Ped among a few. If Pan-Kun can do it, anyone can Segway! 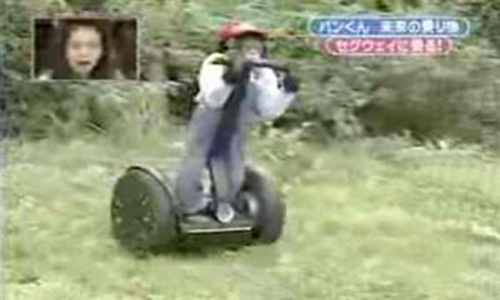 5.Turtle Riding a Bike!
This cute little guy comes to you via the good people over at The Daily Squee from the icanhascheezburger network. We think Mr. Turtle is very good at striking a pose and looking quite posh on his mini bicycle, but we think you'd look even better on yours. 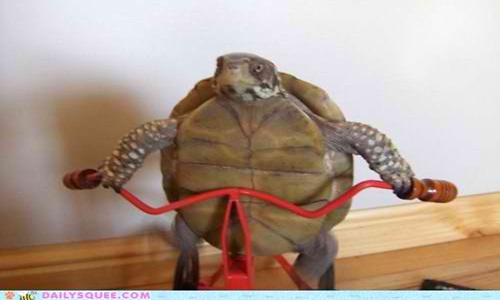