Click here to find the Lowest Price on ZATCH BELL 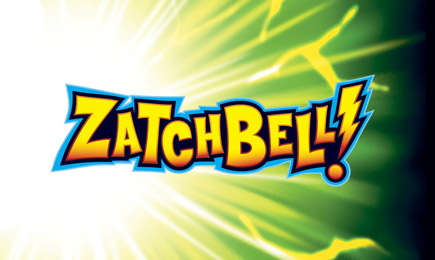 packs including a Razor push scooter and protective gear as grand prizing in a nationwide radio promotion celebrating the DVD release of VIZ Media's "ZATCH BELL! - The Lightning Boy From Another World, Vol. 1." The "ZATCH BELL, Vol. 1" radio promotion will air in 20 of Arbitron's top-rated markets beginning November 15th and will run throughout the 2005 holiday season.

"Zatch Bell rocks! We're happy to help spread the word about Zatch's new release on DVD," said Frank Minero, UrbanScooters.com CEO. "Many of our young scooter enthusiasts are huge fans of anime. This is a perfect partnership."

UrbanScooters.com is the leading provider of electric scooters, gas scooters, and push scooters. Scooter sales have been fueled by teens who are looking for outdoor fun; and adults who are seeking a less expensive, environmentally friendly form of transportation.

"Scooters are fun, easy to ride, and very economical," said Minero. "That's why they appeal to both teens and adults."

ZATCH BELL! is a dynamic action adventure series aimed at boys 8-14 years old and produced by Toei Animation Co., Ltd, one of the leading and most respected producers and developers of animation in Japan.

ZATCH BELL! introduces American audiences to the world of good and evil "mamodo" and the quest of ZATCH BELL! ZATCH BELL! battles his adversaries with the help of his human friend, Kiyo. The power of the duo grows stronger as their relationship develops. Kiyo is a brilliant junior high student whose inflated ego (and tendency to blow the grading curve) has made him a major target for teasing at school. So his father sends him a bizarre birthday present--a strange little boy named ZATCH BELL--to help him make friends and reform his bad attitude. But Kiyo soon discovers that there's more to Zatch than his dad ever realized! Zatch is a creature called a mamodo, and he has magic powers that are unleashed when Kiyo reads spells from a mysterious red book. With Kiyo's help, Zatch must compete against the 99 other kids like him who are vying to become the king of the mamodo world!

About VIZ Media, LLC
VIZ Media, LLC is one of the most comprehensive and innovative companies in the field of manga publishing, animation and entertainment licensing of Japanese content. VIZ Media is a leader in the publishing and distribution of Japanese manga for English speaking audiences in North America and a global licensor of Japanese manga and animation. The company offers an integrated product line including, magazines such as SHONEN JUMP and SHOJO BEAT, graphic novels, videos, DVDs, audio soundtracks and develops and markets animated entertainment from initial production, television placement, and distribution, to merchandise licensing and promotions for audiences and consumers of all ages.