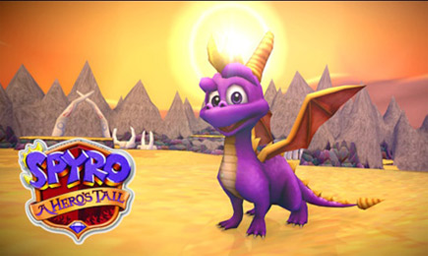 SOUTH PASADENA, CA - November 4, 2004 - UrbanScooters.com announced today that in cooperation with Rad2Go, they will be providing 60 Leopard Shark electric scooters as grand prizing in a nationwide promotion celebrating the release of Vivendi Universal Games' "Spyro, A Hero's Tail™."

3 Rad2Go Leopard Shark electric scooters and 25 Spyro, A Hero's Tail games for the PlayStation®2 will be given away in each of 20 top US Neilson rated television markets. UrbanScooters.com and Rad2Go will be presented as offering the electric scooter portion of the giveaway in the final ten seconds of a thirty second televised advertisement. The ad is scheduled to appear on top broadcast television and cable systems from November 15, 2004, until the end of January 2005. Spyro fans are advised to watch for the ad running in their local market for details on how to win.

Rad2Go is a California based company that got its start during the 1980's manufacturing roller skates, inline skates and push scooters. They have been engineering a quality line of Rad2Go electric scooters and vehicles since the beginning of the electric scooter craze in the late 1990's. To date, they have sold over 100,000 Rad2Go scooters and vehicles and sales continue to grow year after year.