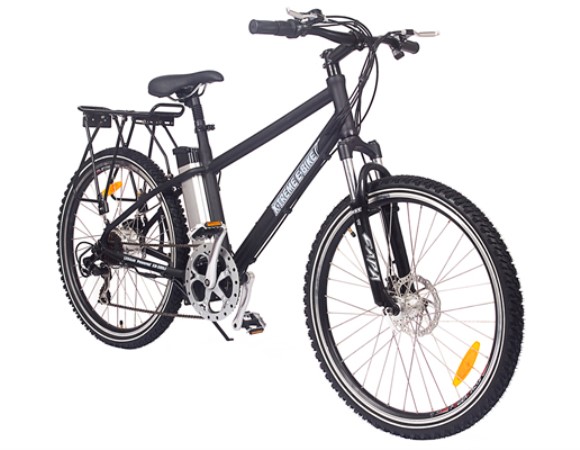 I have just received my X-Treme Li 300 from www.urbanscooters.com. I paid only $729.95 delivered!. I purchased this because I love to bike to work, but don't like arriving sweaty. Mindful that I am only three days into ownership, I must say that I am very pleased. I have finished my maiden commute to and from work (about 3.5 miles each way) and have cut 35% off of my time. After 7 miles there was no decline in the battery strength or on the LED battery strength indicator. I enjoyed the power assist mode (which adds motor assist automatically while you pedal and doesn't require you to use the handle bar throttle). This is a great commuter bike and would be perfect in an urban setting. I live in the Rockies and the motor will not help much on steep inclines. This is not the sort of bike you would take on a mountain bike single track. It's a bit heavy and the power assist is best on the flats. While pedaling it goes about as fast as I would every ride on the flats. The bike arrived in a cardboard box and most of it was wrapped in bubble wrap. I was fortunate that the box was intact because there were a few screws in the bottom of the box which were necessary for complete assembly. Had UPS dragged the box or punctured it, I might have lost those. There was very minor chafing of the front fork scratching the paint, but really very incidental and of not much concern. Assembly was pretty straight forward for anyone who knows a little bit about bikes. There were some adjustments that were necessary to the disk brakes to stop them rubbing. Also, the derailleur gears need some adjustment as the 7th gear was not properly adjusted. As another reviewer noted, the advertised picture depicts an older model. The head lamp is now a battery powered LED for the handlebars. I think that's better as it attaches easily and is optional as to whether you want to install it. The kick stand is also just on the left side and not two footed as shown. (That's fine too, a little lighter but still functional). The aluminum model is rather sharp looking, I think - and it is not screamingly apparent that you're riding an electric bike. The battery is not as heavy as I imagined (having only seen leaded batteries). The charger is easy to use, and has a red/green light that indicates when the battery has been fully charged. The bike sides quietly and is rattle free, though the balance is different from my Fuji mountain bike. On my Fuji I can easily sit straight up and ride hands free if I need to stretch. No so on this one. But that's minor, I think. I am able to use my garage ceiling rack to raise it to the ceiling without too much problem. The seat is small and firm and does not have springs. That's an easy fix and I suppose that I will adapt. The pedals are light weight aluminum and I may swap those out for toe clips. The rear carrier is sturdy and adequate. The manufacturers spent very little on the owner's manual and instruction sheets. They are printed on cheap paper and might frustrate someone who didn't know much about bikes. I'm also a bit surprised that the company doesn't seem to be much into self promotion. There are some cheap decal stickers on the bike that should have been painted on with the make and model. (Perhaps they manufacture these frames for other companies). So far all is good. It is a pleasure to ride, feels solid and functions well. There is some slight drag that you can feel if just riding it without the motor. I don't think that I would opt to ride this without the battery pack because of the drag and added weight, but it can be ridden as a regular bike with a bit more effort.