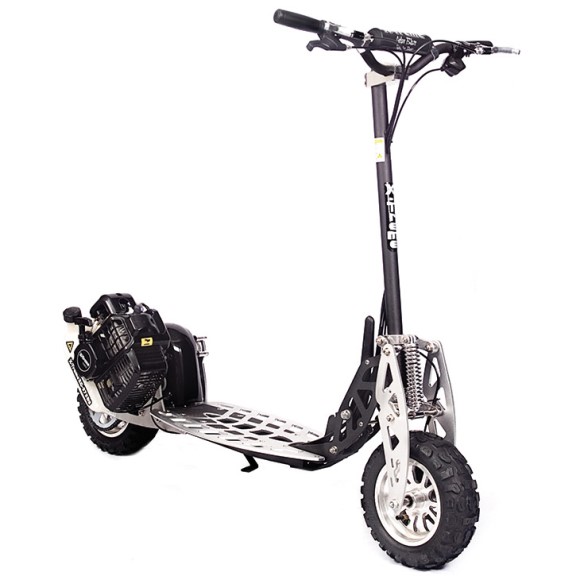 I love it. It's well worth the money. I'm glad i got this one and the shipping was great. Thank you guys.

I recently brought a gas powered scooter from X-treme. Didn't know wat I was getting myself into but I had to get one. So I brought the 575 gas powered 50cc. If Batman drove a scooter it would be this one! The down side was the wait for it, but placing the order was easy and the company kept me up too date w the status on that part. But when I finally received the scooter and put it together which was absolutely easy to do, the ignition was broken. Only my luck, but I was able to contact the company and got a call back from someone named Frank Minero,who w sincere care and understanding helped me get another ignition ordered and sent out immediatley. The only thing was that they sent the new ignition but no key!! Again only my luck. So again I was on the phone w frank and as b4 he helped me out and put out an order for a key to be sent out a.s.a.p!! Now I'm not to mechanically inclined,being from newyork but putting in the new ignition was very quick and easy to do. Now back to the key issue I received it w in 3 days of my call back to frank and I'm so happy to say that I got that baby going! Gas only cast 1$ to fill up the tank and its great for quick errands! So again thanks frank you were a great help! I'm the envy of the neighborhood people stop and ask me where did I get it and how much and can't believe how great of a price it was! Thanks "israel from nyc!!