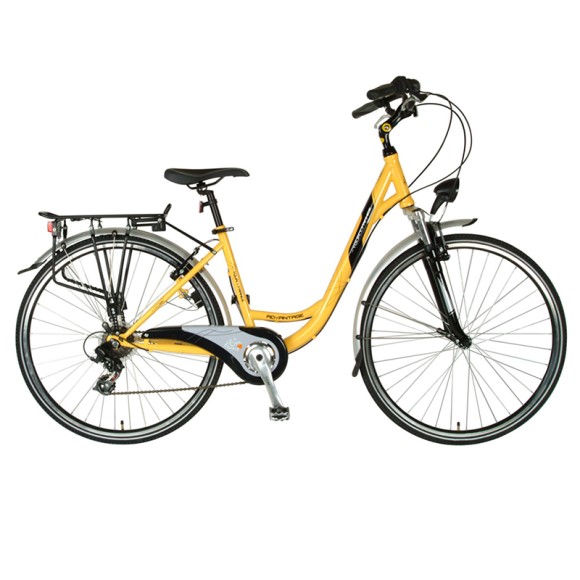 The Advantage is a strong steel framed bike with 7 speeds built for commuting.
Fenders keep you and your cargo dry.
Generator powered front and rear lights help your visibility and ability to be seen at night.
Advantage’s step through frame makes getting on and off easy and safe.