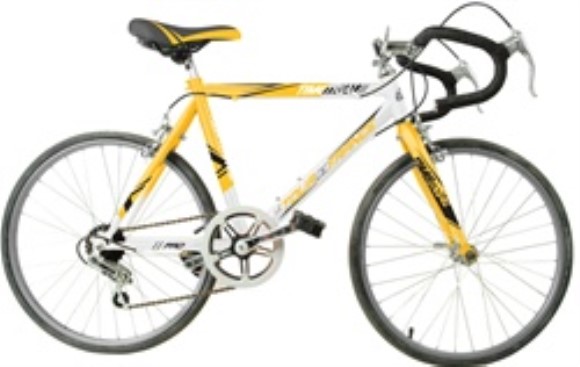 Time trial 20K is a steel framed kids road bike built for speed.
This Tour inspired bike has all the makings of an adult road bike with classic drop bars, stem shifters, and handbrakes.